Sydney Leigh started singing career at the young age of five; she took an interest in musical theater and performing arts. After many years of musical theater, an interest in songwriting and playing guitar was sparked. Sydney evolved into writing her own music and transitioned to recording in the studio. Sydney’s first EP was released in 2014, named “Crazy Beautiful”. “Crazy Beautiful” was produced by well-known Los Angeles producers Sir Nolan and Steve Daly. After the success of her debut EP she took time to mature her sound as she grew into a young adult. Sydney’s new EP “Reinvented” is produced by Chris Ganoudis of Like the Movies. Chris and Sydney wrote and produced this EP together, their personalities and music styles meshed and they created an amazing original sound. Sydney titled the EP “Reinvented” because of her new sound and transitioning style of music. Sydney listens to many different types of music and artists which is reflected in all of the songs featured on the EP. The four songs on her most recent EP have distinct influences, but all combine into a unique sound. “Out of Air” was inspired by her love for pop music in general, “Bailando Loco” has a Latin flare that was inspired by her love of Spanish and Latin artist Shakira, “Walls” is a mid-tempo trap song that was inspired by Alina Baraz’ “Urban Flora EP”, and “Bring the Bass Back” was inspired by a classic big band jazz sound. “Bring the Bass Back” is featuring A-Cross, a successful rapper from Chicago. Sydney wanted that song in particular to have a unique element, and A-Cross fit perfectly. Her voice and music are constantly evolving, and she is excited to take all of her fans on a music journey! 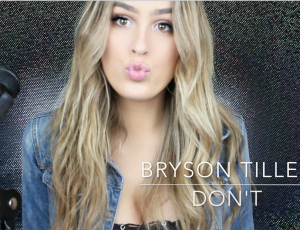